Must Read: The dumbest man in Congress wonders about FBI’s role in planning Jan. 6 insurrection. No, really

Hot on sport: ‘I’ve won 25 and a half trophies’ – Jose Mourinho counts missed cup final with Tottenham as among his trophy successes


Former Tottenham boss Jose Mourinho declared he has won ’25 and a half trophies’ in his managerial career, having been sacked shortly before last season’s Carabao Cup final against Manchester City.

Mourinho has won 25 league titles and cups during an illustrious managerial career with Porto, Chelsea, Inter Milan, Real Madrid and Manchester United and seemed to have the chance to add Spurs to that list in April.

However, less than a week before the fixture against City, Mourinho was removed from his position as Spurs head coach after just 17 months in charge, with Ryan Mason overseeing a 1-0 defeat against Pep Guardiola’s side.

And as far as Mourinho is concerned that means he is justified in adding to his already impressive trophy haul.

“James, if you want to be proactive you can ask me how many trophies I have won in my career — 25 and a half,” the newly-appointed Roma manager and talkSPORT Euros pundit said in an interview with James Corden for the Sun.

“What is the half?”, quizzed Corden.

“The half is the final I didn’t play with Tottenham,” was the response.

“You ask the guys who played lots of finals and everybody will tell you, ‘to play a final is a dream’ and it doesn’t matter if it is the first final or number 20 or number 50, a final is always a dream.

“A Wembley final is more than a dream, I played the first on the new Wembley and every time I go there, it’s more than a dream and to have a chance to win a trophy with a club that doesn’t have many of course was a double dream.

“I am the kind of guy that when I close the door of a club, I move and I just wish good to people, but in a funny way I would say I have 25 and a half titles because it’s something that marks my career which is not to play a final that I won the right to go there.” 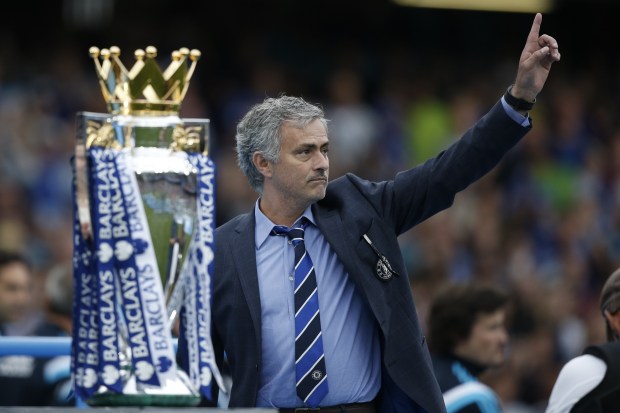 Jose Mourinho has proven himself as a serial winner during his managerial career.

Jose Mourinho has signed to talkSPORT for the network’s extensive coverage of this summer’s European Championship. Jose will be with listeners across the schedule from talkSPORT’s live Euro GameDay programming to regular slots at Breakfast which will include pre-game insight and an exclusive post-game phone in for talkSPORT listeners.

talkSPORT Selector is back this summer with a brand new predictions game – Big5.

Fancy a shot at winning a share of ten thousand pounds? Turn your predictions into cash with one in four entries guaranteed to win!

Hot on sport: Conor McGregor trilogy is the ‘best option’ for Nate Diaz after Leon Edwards defeat at UFC 263 as ‘Notorious’ prepares for Dustin Poirier

Move over van Gogh and Picasso. There is another artistic genius about to enter the…

Must Read: The dumbest man in Congress wonders about FBI’s role in planning Jan. 6 insurrection. No, really