Goran Pandev scored North Macedonia’s first ever goal at a major tournament as they lost 3-1 to Austria on Sunday.

The veteran striker capitalised on an error from Austria goalkeeper Daniel Bachmann to draw his country level in the 28th minute of their Euro 2020 opening match.

Lainer celebrated by paying tribute to Christian Eriksen, who is now in a stable condition after collapsing in Denmark’s match against Finland on Saturday.

Pandev was clearly emotional before kick-off when he was seen wiping away tears seconds after North Macedonia finished singing their national anthem.

Pandev’s equaliser was in vain, though, as Michael Gregoritsch came off the bench to turn in a David Alaba cross in the 78th minute. 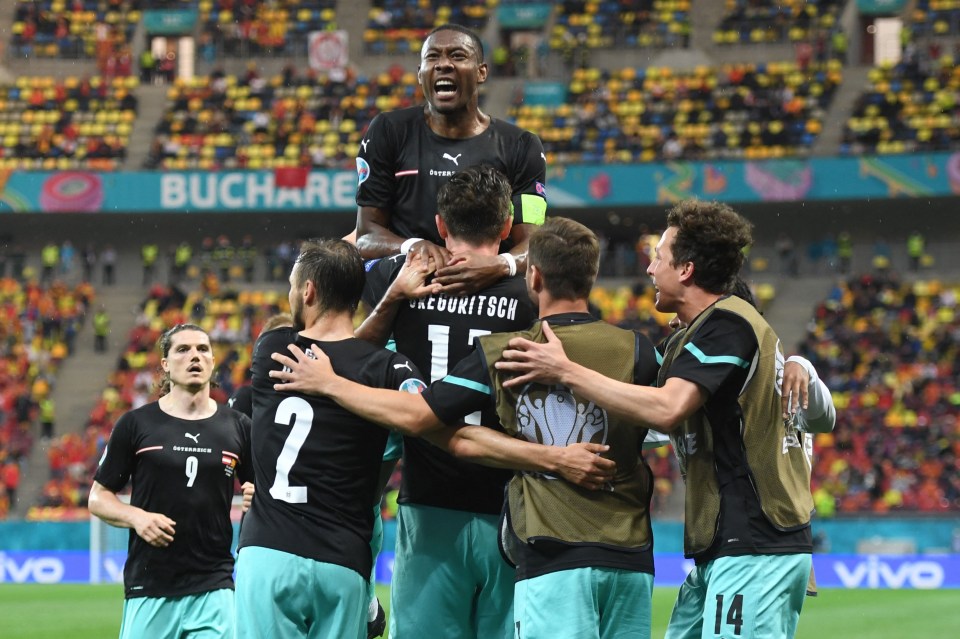 Another super sub, Marko Arnautovic, sealed Austria’s first ever win at the Euros with a goal one minute from time.

North Macedonia qualified for their first ever major tournament thanks to Pandev’s play-off final winning goal against Georgia.

And Pandev, a Champions League winner with Inter Milan, believes North Macedonia could be the surprise package at Euro 2020.

Pandev said: “It means a lot, it is an immense source of pride for us, because until recently it was unthinkable that a national team like North Macedonia could participate in such an important competition.

“We, on the other hand, have always believed in it. This generation made history.

“We have had other strong players in the past, but only we have managed to accomplish this feat. Nobody will ever be able to take this away from us.

“Our ambitions are great, we hope to do well and win a few games. “The goal is to pass at least the group stage.

“We know it will not be easy, but we are also aware of our strength so we will try to do this too.”

Hot on sport: Tottenham will move for Barcelona’s Philippe Coutinho if Harry Kane is sold to Manchester City this summer

Hot on sport: Liverpool will ‘run out of steam’ if they don’t make signings this summer, with Jurgen Klopp told he must spend to keep pace with Premier League title rivals

Joe Marler is still yet to turn up to pre-season training with Harlequins, but he…

Must Read: Child care is a crisis screaming out for investment. Can Manchin and Sinema hear that?